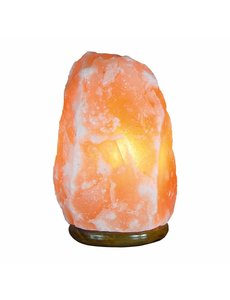 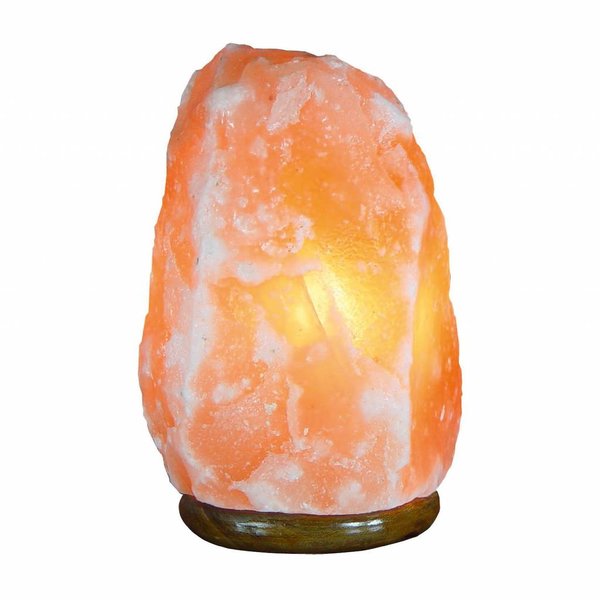 Natural Himalayan Salt Lamp 2-3,5kg , supplied with a cord, european plug, switch, fitting E14 and light bulb. The supplied cord is 1 meter long and is equipped with a plug and switch. The E14 light of 15 Watt is suitable for a 200-230V mains voltage. Read more

✅ Natural Himalayan Salt Lamp between 2 and 3.5 kilograms from the Pakistani Himalayas. The salt lamps come with a cord with plug and switch, fitting E14 and matching light bulb.

✅ The supplied cord is 1 meter long and is equipped with a European plug, socket and switch. The E14 lamp of 15 Watt is suitable for use on a 200-230 Volt mains voltage and can also be easily replaced.

The beautiful Himalayan salt lamps not only add a pleasant atmosphere to the dingy corners of your home, but also serve as air purifiers. These lamps attract the moisture from the air and the heat on the surface makes the water evaporate quickly. The evaporation process creates negative ions that react with, among other things, radiation factors, pollen, dust, dirt, pollutants and allergens that carry a positive charge.

Due to the positive effects of this natural salt stone, you will experience more peace at home. Himalayan Salt Lamps are made of crystallized Himalayan Salt, also called halite. This halite is already millions of years old and is mined by hand from the Pakistani Himalayas.

✔ Absorbs moisture from the environment, has an air-dehumidifying function.

*Because salt lamps are mined and processed by hand, they can never be 100% identical to each other. Slight differences may occur in color, weight, shape and dimensions. The specified sizes and images shown are only indicative.

The harmful positive ions of, for example, electronic equipment and radiation from mobile phones disappear from the air and the living space is thus balanced. The heat coming from the light source (lamp or candle) causes the salt of the lamp to become warmer than the air around it, which attracts the water molecules in the air. The water condenses on the crystal surface of the lamp.

Although the name suggests otherwise, positive ions create anything but positivity in your home. Positive ions are created by contaminated air particles, especially when using devices such as a microwave, vacuum cleaner, mobile phones, tablets, television, air conditioning, etc. These devices cause a change in the air, which hinders us during breathe and make us cough or sneeze. Too many positive ions in the living environment can make you feel very tired, because these ions make you lifeless. Positive ions can also contribute to stress, difficulty concentrating, trouble sleeping, migraines, lung problems and asthma. Allergens, bacteria, fungi often have a positive charge and can therefore be neutralized by the negative ions.

Negative ions can neutralize positive ions and help clean the air. Negative ions are created by natural phenomena, for example by a waterfall, wind, a thunderstorm or a lightning bolt charges our body considerably. Many published articles and scientific studies report how the negative ions in the air can have positive effects.