The amazing power of natural Propolis! Throughout the world doctors are amazed by the power of Propolis and we are only at the beginning of the story because the healing possibilities of propolis seem unlimited. Propolis can support your body and contributes with the same protection and healing powers that have enabled bees to survive for millions of years. It is a very good help and can work support against all kinds of bacterial infections. People have benefited from propolis for thousands of years and we are only beginning to realize the enormous benefits the product has. Propolis also has no known side effects.

It is sometimes said that propolis is the most natural antibiotic man has ever discovered, the peculiar thing is that this discovery was already made more than 5,000 years ago. With the advent of chemical drugs, the natural resources from the beehive have unfortunately been forgotten. Unfortunately, because unlike many synthetic means, everything that bees provide people with no harmful side effects. That is exactly why a large number of critical doctors in the sixties started looking again at what nature has to offer us. The beginning of a worldwide movement of '' Back to Nature ". As a result, at the end of the last century the scientific evidence of the operation was on the table.

The most important pharmacologically active ingredients in propolis are the flavones, flavonols and flavanones (hereinafter collectively called flavonoids), and various phenolics and aromatics. Flavonoids play an important role in the pigmentation of plants. Flavonoids are responsible for a large part of the biological activity in propolis (Grange and Davey, 1990). At least 38 flavonoids have been found in propolis, including galangin, kaempferol, Quercetin, pinocembrin, pinostrobin and pinobanksin (Schmidt and Buchmann, 1992). Some of the phenolics include cinnamyl alcohol, cinnamic acid, vanillin, benzyl alcohol, benzoic acid and caffeic and ferulic acid.

Chemical analysis of propolis shows that it is extremely complex. Propolis is a rich source of minerals, vitamins C, E, provitamin A, and B-Complex. Along with a selection of amino acids, fats, minerals, trace elements, such as copper, iron, manganese and zinc, as well as bioflavonoids.

The chemical composition of propolis is very variable because of the wide range of plants visited by honeybees when collecting the raw material. The color of the propolis varies from yellow, green to dark brown, depending on the trees that produce it. 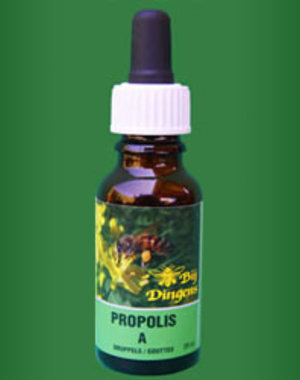 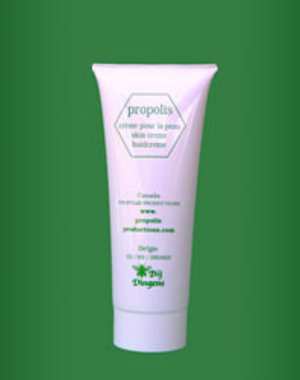 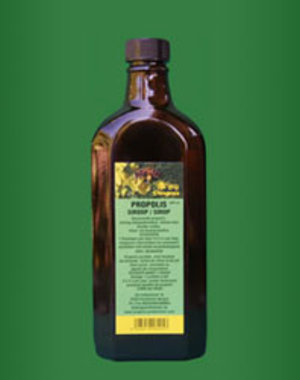 Propolis Syrup 200ml
€6,99
In stock
Add to cart Add to cart
Page 1 of 1 | Products
By using our website, you agree to the usage of cookies to help us make this website better. Hide this message More on cookies »
© Copyright 2021 NATURAL BIO STORE - Theme by Frontlabel - Powered by Lightspeed