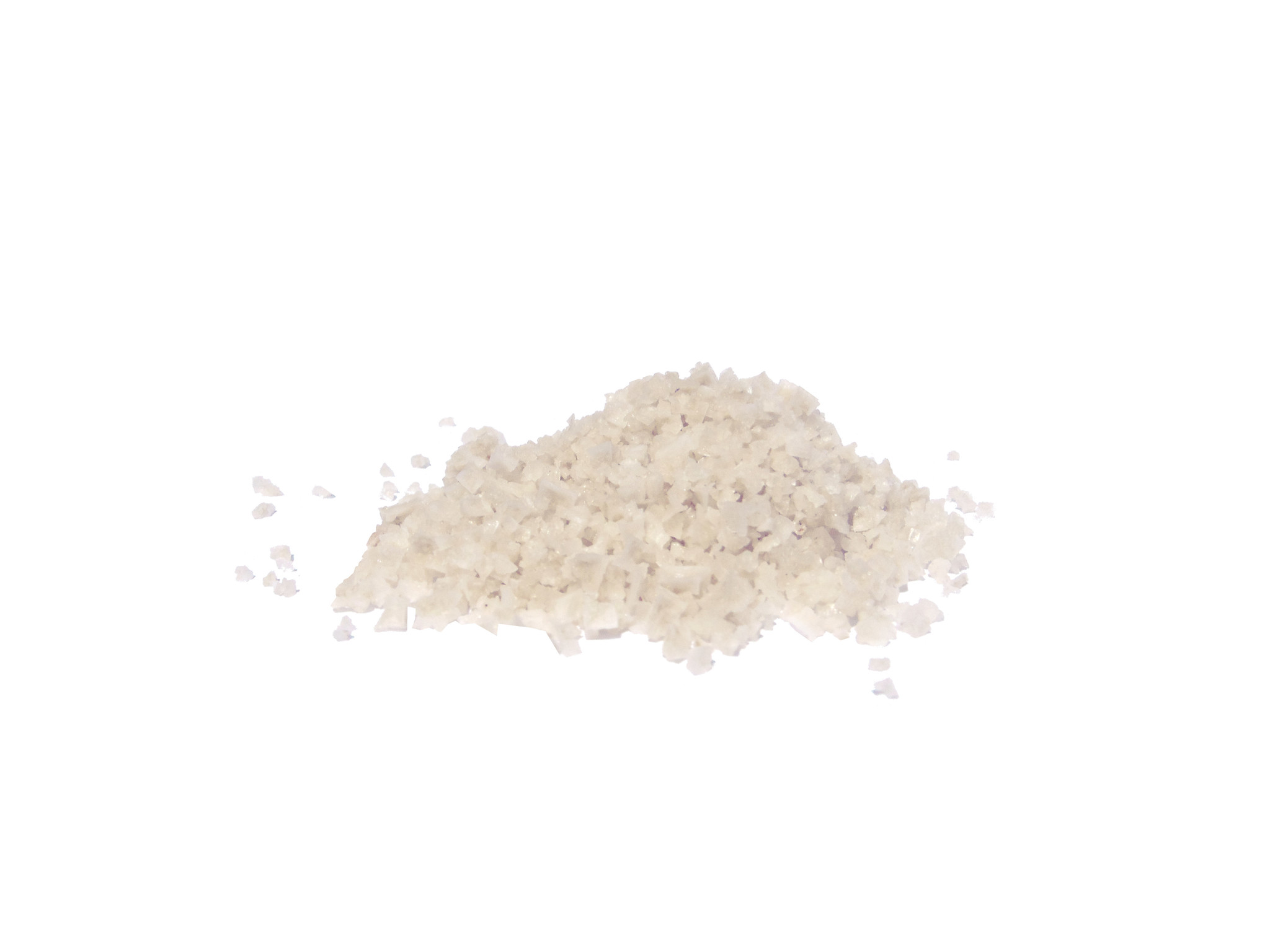 Dried Coarse Celtic Sea Salt in a sealed and resealable stand-up pouch of 400 grams, with a grain size of 1 to 4 mm. This natural sea salt comes from the Guérande region, France.

Celtic Sea Salt is a natural sea salt that is extracted in a traditional way and is very rich in minerals and trace elements, which gives the salt a special and complex taste. Celtic Sea Salt contains at least 72 minerals.

In addition to salt, it also contains sweet and bitter tones. Of all the salts, Celtic Sea Salt has the lowest sodium chloride content, making it the softest and "friendliest" sea salt in the world. The more than two thousand year old Celtic salt extraction process is responsible for this.

The Celtic Sea Salt is extracted manually according to a traditional, ancient Celtic method that is more than 2000 years old in the Guérande region in Brittany, France. The water from the cold ocean current of the Atlantic Ocean is led through an ingenious channel system to shallow clay swamps. The acidic clay in these swamps neutralizes the very basic seawater to some extent.

Celtic Sea Salt with a sodium chloride content of approximately 90 percent is one of the most low sodium sea salts in the world, providing more space for other minerals and trace elements, both from the clay soils on land and from the sea. The Sea salt mixes with the clay minerals giving it a gray color, Celtic Sea salt is also described in France as "Sel Gris".

Protected Geographical Indication (PGI) is a European label for regional food products, established in 1993. The label guarantees that the production, processing or preparation takes place in a well-defined geographical area.

The product and its quality or fame are attributed to that particular region or country. The label is anchored in European legislation. It is managed and awarded by the European Commission. The inspection is carried out by independent inspection bodies.

Free shipping & returns starting from €45 for Belgium, the Netherlands and Luxembourg.

For other countries and smaller amounts: View the shipping rates here.